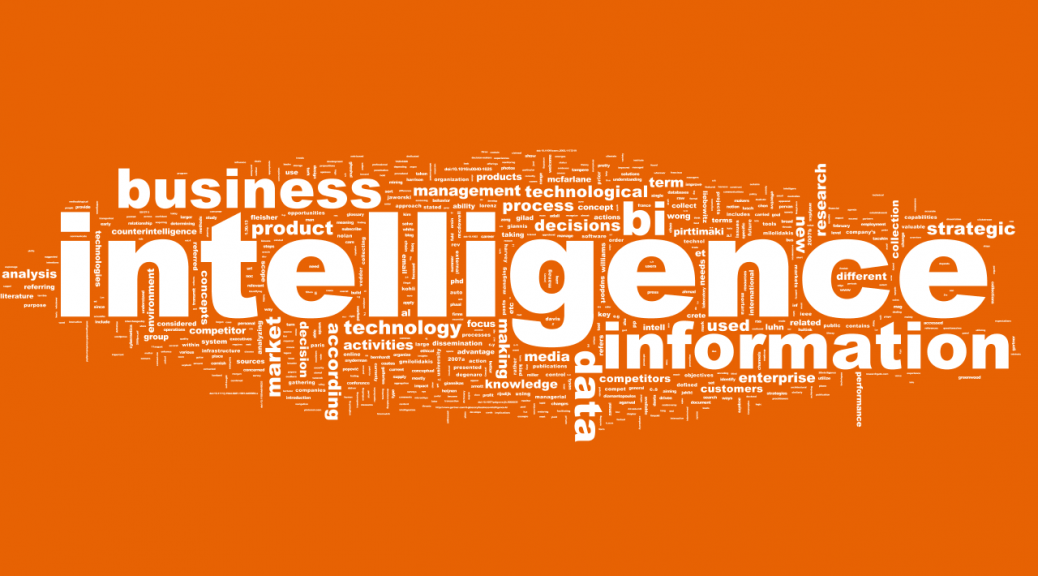 (early draft from the second chapter of my PhD)

According to the Oxford dictionary, the word ‘intelligence’ originates from the Latin verb ‘intelligere’ a synthesis of the words ‘inter’ meaning ‘between’ and ‘legere’ meaning ‘choose’. It has been stated that intelligence “reflects the ability to reason, solve problems, think abstractly, and acquire knowledge” (Snyderman & Rothman, 1988) and that it “is not the amount of information people know, but their ability to recognize, acquire, organize, update, select, and apply it effectively” (Gottfredson, 1997). In other words, intelligence is referred to capabilities that someone has or develops in order to collect data, evaluating them and taking proper decisions based on the right evidence.

Business intelligence (BI) has existed as a term since 1958 but over the years, it has been used in different ways and from different aspects (Pirttimäki, 2007a). When Hans Peter Luhn in 1958 introduced the term, he described an automatic system for information dissemination by utilizing data-processing machines for abstracting, encoding and archiving any kind of documents of an organization (Luhn, 1958). In this early conception of BI by Luhn, the term business was considered as the “collection of activities carried on for whatever purpose” while the notion of intelligence was defined as “the ability to apprehend the interrelationships of presented facts in such a way as to guide action towards a desired goal”. The overall objective of the system proposed by Luhn was by and large to speedily and efficiently support organizational actions by providing suitable information.

Gilad and Gilad (1985), referred to BI as a process that produces relevant and reliable information for the company’s strategic goal and objectives. In their work they pinpointed that BI is not just collecting data but it is rather a process for converting raw data into intelligence for decision making. According to them, this process requires five steps namely data collection; storage; evaluation; analysis; and dissemination. The purpose of these steps is to act as information filters; information quality control mechanisms; and information channels for the users.

Ghoshal and Kim (1986) soon recognized BI as an essential competitive tool for the collection and analysis of information on markets, new technologies, customers, competitors and broad social trends. Later, Vedder, et al (1999) suggested a dualistic approach referring to BI as both a process and as a product. According to Vedder et al, BI as a process is “the set of legal and ethical methods a company use to harness information” and as a product, it is the “information about competitors’ activities from public and private sources”.

Pirttimäki (2007b) in her doctoral dissertation examined the different points of view on BI and described it as a multifaceted concept that refers to processes, technologies, methods, information products, and tools to support managing business information and making faster and better decisions. Pirttimäki (2007b, p. 92) stated that BI is “[the] information process that contains a series of systematic activities driven by the specific information needs of decision-makers and the objectives of achieving competitive advantage.”

Williams and Williams (2007) in their book argued that BI is neither a single product, nor a technology, nor a methodology. According to them, all three are combined in BI to organize key information that management needs to improve both performance and profit. They conceived BI as “business information and business analyses within the context of key business processes that lead to decisions and actions”. The improved business performance is the result from the decisions and actions that leverage information assets of the enterprise.

According to the IT glossary of Gartner Group (2013) BI is “an umbrella term that includes the applications, infrastructure and tools, and best practices that enable access to and analysis of information to improve and optimize decisions and performance”. Prior (2009), in his glossary of terms used in business intelligence and knowledge management, refers to BI as being concerned with information technology solutions dedicated to transform large data collections into intelligence. According to Prior, BI covers activities such as customer relationship management, enterprise resource planning and e-commerce using data mining techniques. Although several definitions for BI have been appeared in scientific and professional literature (Popovič, Turk, & Jaklič, 2010) it has been stated that BI is a poorly defined term (Arnott & Pervan, 2005, p. 71) mostly due to its industry origin in which different software vendors and consulting organizations defined BI to suit their product offerings.

Customer intelligence is the process of gathering and analyzing information about the clientele, aiming to build deeper and more effective relationships with the customers, to deliver a better customer experience and to increase customer yield (Davis, 2003). The focus of customer intelligence is to effectively understand customers in terms of who they are, what they need, and how valuable are to the company (Harvey, 2000). The insights of customer intelligence can be used in order to meet and exceed the customers’ expectations. Key resources for customer intelligence include historical data of transactions; survey and questionnaires addressed to customers; communications with customers (e.g. email); purchase patterns; product registration; focus groups; clickstream or online behavior; online communities; etc. These data can be either found online, or can be extracted from internal data repositories and information structures maintained within the enterprise. For example, customer relationship management (CRM) tools are used to handle customers’ interactions with the enterprise and to collect valuable data that can be used for customer intelligence.

The notion of product intelligence is referred to the operations in which parts, products or collections of products can monitor and influence their own progress within the supply chain (McFarlane et al., 2013). Taking advantage of Information Technology, products are embedded with microchips, sensors or software and are able to collect, process, produce and transmit information (Wong et al., 2002). Such products have a unique identifier and are able to communicate with their environment. They can store or transmit data, which can be used for decision making. These data contain information on the ways that the object was made, how it was stored or transported and general information about its status.

Technological or technology intelligence refers to the processes of collecting information and taking organization decisions based on current or expected technological changes. The term is relevant to the technology scouting and technology forecasting (Coates et al., 2001). The focus is to identify potential opportunities or threads for the enterprise from the advent of new technologies (Mortara et al., 2007). Key resources for technology intelligence comes from many different science and technology dissemination channels (Zhu & Porter, 2002) for R&D information in the form of research publications, patents, white papers, etc.

According to Nolan (1999) counterintelligence includes the active measures undertaken to identify and neutralize the information collection activities of business competition. The concept of counter intelligence is not new. It became more important when executives realized how accurate information they could obtain through their competitive intelligence activities and begun to wonder how vulnerable their companies are. According to DeGenaro (2005) counterintelligence is not a security discipline but the focus is on the deeper understanding of the competitors intentions and capabilities.

Taking a closer look at the aforementioned concepts of BI, it stands to argue that the terms used mostly refer to the specific type of decisions required in particular situations, the source of the data facilitating such decisions and the technological infrastructure needed to support the appropriate level of analysis. In all cases, capabilities of BI appear to be inextricably intertwined with technical capacities and the intrinsic properties of the information infrastructure in place for acquiring and analyzing data.

BI is a rather ambiguous concept referring as much, in the managerial process dealing with making decisions, as in the technology-based solutions transforming data into information and then to actionable knowledge which leads in increased business performance.

To this end, BI can be considered as a broad concept referring to the set of activities (e.g. technological, methodological, procedural; architectural) carried on by organizations to understand (i.e. transform from raw data, to information and then to knowledge) their internal and external environment and use that knowledge in decision making.

Heijnen, J., 2012. Social Business Intelligence: How and where firms can use social media data for performance measurement, an exploratory study. Delft University of Technology. 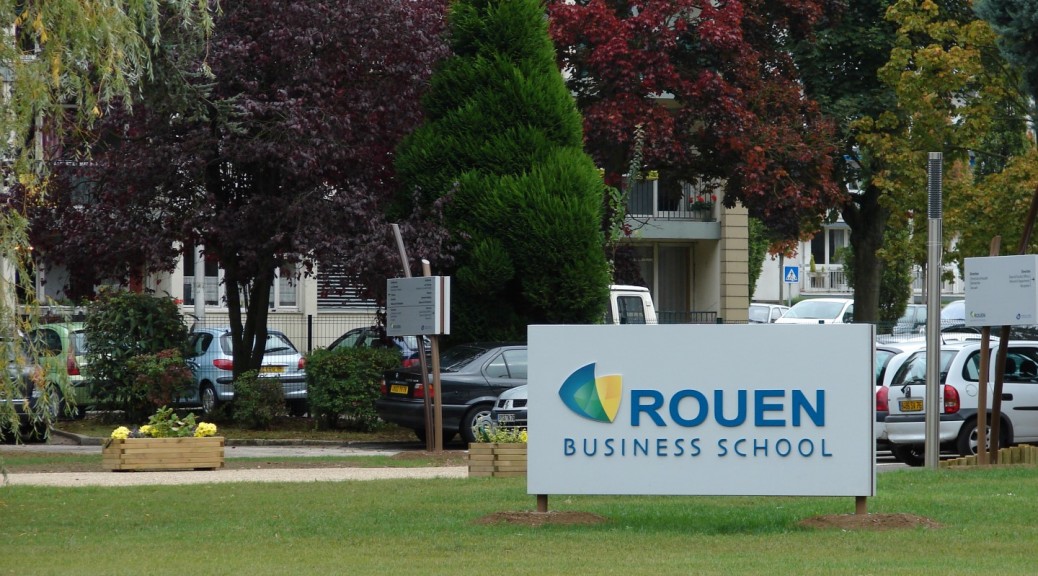 - I was born in Timpaki, a small agricultural town located in Southern Crete. Currently, I live in Heraklion which is the larger city in Crete.

- I hold a BSc degree (in Applied Information Technology & Multimedia) from the Technological Education Institution of Crete.

- I was a PhD student in Kedge Business School in Marseille, France but I dropped out. My research was broadly related with the establishment of a practice based approach to generate business intelligence from social media.

- I have worked as an annual contract lecturer at the department of Applied Information Technology & Multimedia of the Technological Education Institution of Crete teaching the laboratory classes for 'Object Oriented Programming', 'Introduction to Databases', 'Advanced Database Design', 'Human Computer Interaction' and as a research assistant at the Interactive Software Technologies & System Engineering Laboratory where I was involved in various national and European Research and Development projects.

- I have a wide range of skills in programming, and through the years, I have become pretty confident that I can build nearly everything.

- My work is my hobby, but when I'm not working I like to get my hands dirty with DIY projects, from pluming to cabinet making.

- I'm an awful self-taught guitar player with a terrible voice.

- I own a white belt in karate, since I was 10. Of course I'm pretty sure that I can beat anyone and solve any crime, as I've been extreme trained in martial arts by watching all sort of action James-Bond-like movies and Sherlock-Holmes-like series